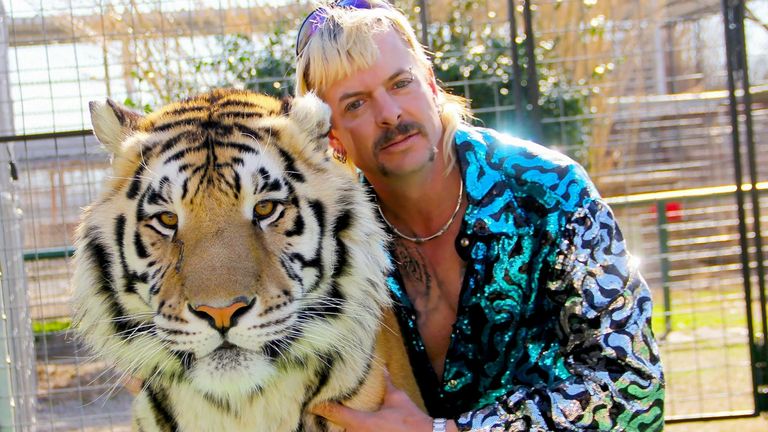 Tiger King star Bhagavan “Doc” Antle has been charged with laundering more than half a million dollars alleged to be the proceeds of an operation to smuggle immigrants across the Mexican border into the US.

The charges were disclosed during a federal court hearing in Florence, South Carolina, on Monday.

Federal prosecutors claim Antle and one of his employees at Myrtle Beach Safari, Jon Sawyer, laundered $505,000 (£402,990) over a four-month period by doling out cheques from businesses they controlled.

The pair allegedly received a 15% fee for the money that passed through their hands.

The cheques falsely purported to be payment for construction work at Myrtle Beach Safari, prosecutors said, but they were actually intended to serve as evidence that the recipients had legitimate income.

Antle planned to conceal the cash he received by inflating tourist numbers at his 50-acre wildlife tropical reserve, according to the complaint disclosed in court.

He had previously used bulk cash receipts to purchase animals for which he could not use cheques, prosecutors said.

Authorities say Antle and Sawyer both face a maximum of 20 years in federal prison if convicted.

Antle stars in Tiger King: Murder, Mayhem and Madness – a 2020 Netflix documentary miniseries that featured tiger breeders and private zoo operators in the US.

Oklahoma zoo operator Joe Exotic was the focal point of the series and was also targeted for animal mistreatment, as well as being convicted over a plot to kill a rival, Carole Baskin.

Animal rights advocates have also accused Antle of mistreating lions and other wildlife, and he was charged in Virginia in 2020 for animal cruelty and wildlife trafficking.

Those charges are scheduled to go to trial in Virginia in July.

The 62-year-old has a history of convictions going as far back as 1989, when he was fined for abandoning deer and peacocks at his zoo in Virginia by the US department of agriculture.

British Journalist and Indigenous Expert Are Missing in Amazon After Threats