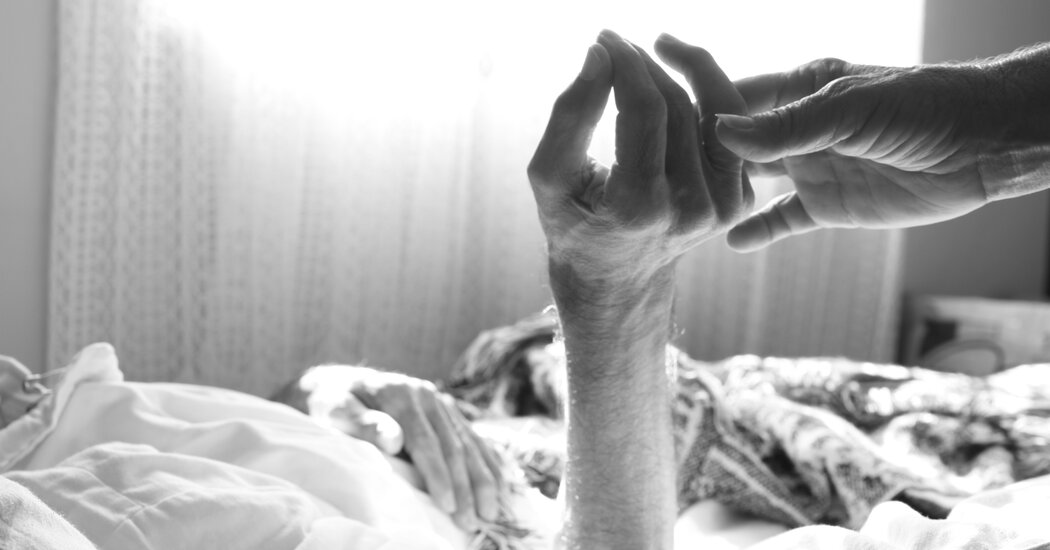 A closely watched clinical trial of a potential Alzheimer’s drug failed to prevent or slow cognitive decline, another disappointment in the long and challenging effort to find solutions for the disease.

The decade-long trial was the first time people who were genetically destined to develop the disease — but who did not yet have any symptoms — were given a drug intended to stop or delay decline. The participants were members of an extended family of 6,000 people in Colombia, about 1,200 of whom have a genetic mutation that virtually guarantees they will develop Alzheimer’s in their mid-40s to mid-50s.

For many members of the family, who live in Medellín and remote mountain villages, the disease has quickly stolen their ability to work, communicate and carry out basic functions. Many die in their 60s.

The trial investigators had hoped that intervening with a drug years before memory and thinking problems were expected to emerge might hold the disease at bay and provide important insights for addressing the more common type of Alzheimer’s that is not driven by a single genetic mutation.

“We’re disappointed that crenezumab did not show a significant clinical benefit,” Dr. Eric Reiman, the executive director of Banner Alzheimer’s Institute, a research and treatment center in Phoenix, and a leader of the research team, said at a news conference about the results. “Our hearts go out to the families in Colombia and to everyone else who would benefit from an effective Alzheimer’s prevention therapy as soon as possible. At the same time, we take heart in the knowledge that this study launched and continues to help shape a new era in Alzheimer’s prevention research.”

The results are also another setback for drugs that target a key protein in Alzheimer’s: amyloid, which forms sticky plaques in the brains of patients with the disease. Years of studies with various drugs that attack amyloid in different stages of the disease have fallen flat. In 2019, Roche halted two other trials of crenezumab, a monoclonal antibody, in people in the early stages of the more typical Alzheimer’s disease, saying the studies were unlikely to show benefit.

Last year, in a highly controversial decision, the Food and Drug Administration granted its first approval of an anti-amyloid drug, Aduhelm. The F.D.A. acknowledged that it was unclear if Aduhelm could help patients, but greenlighted it under a program that allows authorization of drugs with uncertain benefit if they are for serious diseases with few treatments and if the drugs affect a biological mechanism that is reasonably likely to help patients. The F.D.A. said that biological mechanism was Aduhelm’s ability to attack amyloid, but many Alzheimer’s experts criticized the decision because of the poor track record of anti-amyloid therapies. The trial results on Thursday only added to the disappointing evidence.

“Wish there were something more positive to say,” said Dr. Sam Gandy, the director of Mount Sinai’s Center for Cognitive Health, who was not involved in the Colombia research.

“The pathogenic mutation in the Colombian family is known to be involved in amyloid metabolism,” Dr. Gandy said, adding, “The thinking was that these were the patients most likely to respond to anti-amyloid antibodies.”

Dr. Pierre Tariot, the director of the Banner Alzheimer’s Institute and a leader of the Colombian research, said some of the data did suggest that patients receiving crenezumab fared better than those receiving the placebo, but the differences were not statistically significant.

He also said there were no safety problems with the drug, an important finding because many anti-amyloid therapies, including Aduhelm, have caused brain bleeding or swelling in some patients.

Additional data from the trial will be presented at a conference in August. Dr. Tariot and Dr. Reiman noted that Thursday’s results did not include more detailed information from brain imaging or blood analysis of the drug’s effects on proteins and other aspects of the biology of Alzheimer’s. They also did not reflect increases in the dose of crenezumab, which researchers began giving to patients as they learned more about the drug, Dr. Tariot said. He said some patients received up to two years of the highest dose during the five to eight years they were in the clinical trial.

Dr. Francisco Lopera, a Colombian neurologist and another leader of the research, began working with the family members decades ago and helped determine that their affliction was a genetic form of Alzheimer’s. He said the trial had convinced him that “prevention is the best way of looking for the solution for Alzheimer’s disease, even if today we don’t have a good result.”

“We know that we did a big step in the contribution to the investigation of Alzheimer’s disease,” he added. “And now we are prepared to start other steps in looking at the solution for this disease.”

One participant’s wife, Maria Areiza of Medellín, said her husband, Hernando, whose surname is being withheld to protect his privacy, was among the first patients to enroll in the trial. Hernando, 45, who worked fixing telephone cables, began developing symptoms of cognitive decline about eight years ago. He has since progressed to Alzheimer’s dementia but can still hold a conversation. Because his deterioration has been relatively slow, his family had been hopeful that he was benefiting from the trial.

“I had put all my hopes in this study,” his wife said.