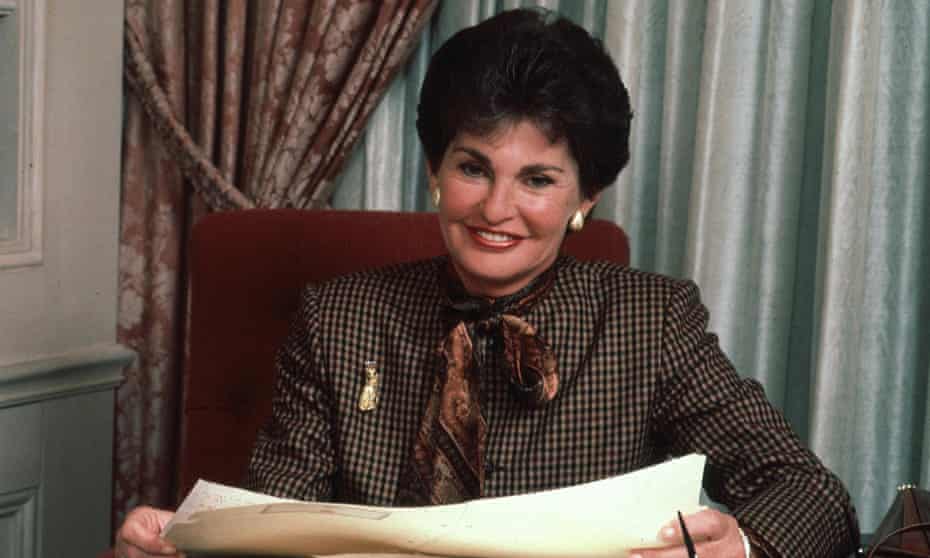 Michael Cohen sounded giddy on the latest episode of his podcast, Mea Culpa. Allen Weisselberg, a key lieutenant to Donald Trump, Cohen’s former boss, was about to be charged alongside Trump’s company with tax fraud.

“This case is being prosecuted like a mob case. And that means they are starting at the bottom of the tree, and working their way up, by getting the smaller fish to flip with pressure on people like Weisselberg to rat on their former boss of bosses!” Cohen said, gleefully mixing his metaphors.

Cohen knows this score. Trump has been under investigation by New York’s top prosecutors for three years – in large part thanks to Cohen, once his trusted lawyer. Cohen – who once said he would “take a bullet” for Trump – turned on the former president as he was sentenced to 36 months in prison for crimes including facilitating illegal payments to silence two women who allegedly had sex with Trump.

On the surface, the Weisselberg charges did seem like “smaller fish”. In an interview with Politico, Trump’s lawyer Ronald Fischetti said: “It’s like the Shakespeare play Much Ado About Nothing. This is so small that I can’t believe I’m going to have to try a case like this.”

But surfaces can be deceptive.

After three years of subpoenas, supreme court hearings and existential legal rows about the legality of charging a president of the United States with wrongdoing, New York’s fearsome prosecutorial team have charged a little-known 73-year-old accountant with defrauding taxpayers of $1.7m over 15 years. That is big money for most people, but not an amount that would worry Trump, who Forbes calculates is worth $2.4bn.

Downplaying the significance of this week’s indictment would, however, be a mistake. Alongside Weisselberg, Manhattan district attorney Cyrus Vance, and the New York state attorney general Letitia James also charged the Trump Organization with tax fraud, the start of a process that could crack the secretive Trump empire wide open.

The salvo in the long-brewing legal battle will, at the very least, wrap up Trump for years in legal woes, and at worst could destroy his family business and put not just Weisselberg but the Trump family members who run his business and Trump himself in the dock.

The indictment would “raise the unprecedented prospect of a former president having to defend the company he founded and has run for decades against accusations of criminal behavior,” Cohen cooed.

No longer insulated by claims of presidential protections, Trump faces a flotilla of legal actions. Alongside the charges brought this week against Weisselberg and the Trump Organization, Vance and James are investigating questionable payments to former Trump sex partners and whether the value of real estate in his company’s portfolio was manipulated to defraud insurance companies and banks and to generate unlawful tax breaks.

In some ways, the charges against Weisselberg give us a glimpse of the bumpy road ahead for the former president.

“This has been framed as a ‘fringe benefits’ issue,’” said University of Chicago Law School professor Daniel Hemel, an expert on taxation and federal courts. “Another way of looking at it is that the Trump Organization was paying its CFO [chief financial officer] under the table.”

Such a move – if proven – would be an extraordinary thing for a company the size of Trump’s to have done, and will likely lay the groundwork for what’s ahead.

Ironically, one parallel case Hemel pointed to was the prosecution of Leona Helmsley, the late Manhattan hotel empress and long-time sparring partner of Donald Trump.

Helmsley v Trump was a Manhattan feud for the ages. Trump was an admirer of Harry Helmsley, the billionaire property tycoon who once owned the Empire State Building. Leona Helmsley not so much. He once called her a “disgrace to humanity”. Helmsley simply said: “I hate Donald Trump.”

In 1988 the Helmsleys were charged with evading more than $4m in income taxes. In another historical twist, the charges were brought by Rudy Giuliani, then federal prosecutor and more recently one of Trump’s staunchest allies.

The following year, Helmsley – her husband was too sick to stand trial – was sentenced to four years in jail after being found guilty on 33 counts of tax evasion including fraudulently charging a $1m marble dance floor for their private mansion to their hotel and real-estate empire.

“These are things that are unequivocally not business expenses,” said Hemel. Even Trump agreed, saying shortly after Leona Helmsley’s death that it was “foolish” for her husband to have committed tax evasion “because he was such a rich man”.

Given that sentiment, why would the Trump Organization – allegedly – cook the books for such relatively small sums?

The coming cases may provide an answer. Both Weisselberg and the company deny any wrongdoing, and have said they will fight the case in court, but the cases will blow open Trump’s finances, something he has fought hard to prevent, even going as far as to go against recent presidential precedent and refusing to release his tax returns.

But while there are many similarities between the polarizing property plutocrats Trump and Helmsley, Trump’s case is in many ways unusual.

First, said Hemel, it’s highly unusual a business as large as Trump’s would engage in these kinds of alleged tax frauds. With its army of lawyers and accountants, it should have been easy enough for his advisers to find perfectly legal ways to avoid paying taxes – just as ProPublica’s revelations have shown his billionaire peers have done.

Second, when a tax-avoidance scheme is exposed as potentially open to prosecution, it is highly unusual for businesses to fight those charges. The normal course of action is to apologize and pay up.

Add on that in this case the man at the top is a former president of the United States and: “Everything about this case is unusual and everything about it is political,” said Hemel. “That doesn’t mean the district attorney is wrong to go after it.”

In the high-stakes chess game Vance and James are now playing against Trump, this is an opening move that immediately threatens one of their opponent’s key pieces.

Weisselberg has worked for the Trump family for close to 50 years. Outside the family, and arguably inside, no one knows how the Trump business really operates better than him. His two sons have worked with Trump. Jennifer Weisselberg, one of his son’s ex-wives, is a key witness for the prosecution and handed what her lawyer, Duncan Levin, describes as 10 banker’s boxes of evidence.

The pressure is on for Weisselberg to flip but his indictment also puts pressure on Trump insiders lower down the tree.

Robert Mintz, a former federal organized crime prosecutor and now partner at law firm McCarter & English, said: “Complex white-collar fraud cases are very difficult to prove, and generally require more than financial records to demonstrate clear evidence of criminality. Prosecutors typically build these cases with the benefit of a cooperating witness who can walk them through the documents and add an insider’s perspective to the conspiracy.”

As Cohen pointed out this week Trump can no longer hold out the promise of a presidential pardon to his allies. Facing potential ruin and jail time, will Weisselberg stay true? And as the charges keep coming, where will others decide their loyalty lies?

“Loyalty is hard to maintain when it can put you in jail,” said Hemel.

Covid-19: Experts question if WHO should lead pandemic origins probe