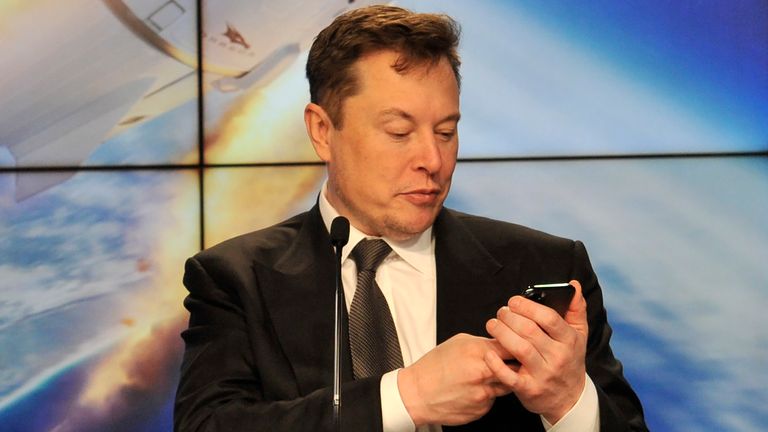 Elon Musk is “not sure” whether his attempt to take over Twitter for $41bn will succeed, he has told a conference in Vancouver.

The meme-posting billionaire added that he had a “Plan B” if his offer to buy to buy Twitter for $54.20 a share was turned down – and criticised Mark Zuckerberg’s model of ownership of Meta.

The social media company’s executive team have told employees that they are currently considering the bid, with CEO Parag Agrawal telling staff Twitter was not being “held hostage” by the offer.

Speaking at TED2022 in Vancouver, Mr Musk – who is now the wealthiest man in the world according to the Bloomberg Billionaire’s Index – said he believed Twitter had “kind of become the de facto town square” as “an inclusive arena for free speech”.

“It’s just really important that people have both the reality and the perception that they’re able to speak freely within the bounds of the law,” he added, setting out his vision for the company.

He suggested that Twitter should “open source the algorithm” – used both to show tweets to people who don’t have a chronological timeline, and for trending topics – so it can be publicly available for analysis.

Read more: Elon Musk’s swoop on Twitter likely to succeed but its employees will be nervous

The Tesla and SpaceX chief moved to acquire the whole of the company just a week after announcing he had taken a 9.2% stake in it.

“I invested in Twitter as I believe in its potential to be the platform for free speech around the globe, and I believe free speech is a societal imperative for a functioning democracy,” Mr Musk said in a letter to Twitter chairman Bret Taylor.

“Twitter has extraordinary potential. I will unlock it,” he wrote.

Twitter had said its board would “carefully review” the “unsolicited proposal” to “determine the course of action” that it believes is in the best interest of the company and its shareholders.

It comes just days after Musk rejected a seat on the social media company’s board, which would have stopped him from taking over the company.

Speaking in Vancouver he denied that there was an economic interest in his move.

“This is not a way to sort of make money. My strong intuitive sense is that having a public platform that is maximally trusted and broadly inclusive is extremely important,” he said.

Asked about the challenges of single individuals being able to wield enormous control over social media platforms, Mr Musk noted how much power Mr Zuckerberg held over Meta.

El Shafee Elsheikh: ‘You find restraint in yourself’ – victims’ families sit metres from ‘IS Beatle’ as guilty verdict delivered | US News