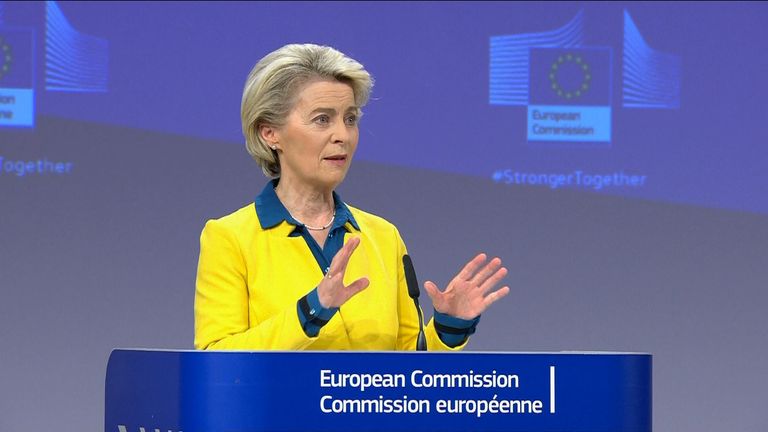 Russian President Vladimir Putin said the United States acts as if it is “sent by God to Earth with their sacred interests” in a combative speech delivered at the St Petersburg International Economic Forum on Friday.

He vowed that nothing will be as it used to be in global politics and accused the US of treating other countries as “colonies”.

He dismissed the West’s attempts to crush his country with “stupid” sanctions that amounted to an economic “blitzkrieg”.

Putin’s Second World War reference is a nod to a blitzkrieg – a fast and intense military attack that takes the enemy by surprise and the tactic behind Germany’s success at the time.

He said gloomy forecasts for the Russian economy, and attempts to hammer it with sanctions, had not been fulfilled.

There were fears the Russian rouble would be pushed to 200 for every dollar – but Mr Putin dismissed this as a form of “information battle”.

Amid a lengthy denunciation of the United States and its allies, the Russian leader said the West has tried to isolate or cancel the “wrong” states.

He drew applause from the hall when he reaffirmed his determination to continue the “special military operation” in Ukraine.

He said the main aim of the incursion was to defend “our” people in the largely Russian-speaking Donbas region of eastern Ukraine – a justification that Kyiv and the West dismiss as a baseless pretext for the war.

The Russian showcase event is being held this year with almost no Western participation.

His speech came just hours after the EU Commission announced it had proposed Ukraine as a member of the European Union.

In response, Mr Putin accused the organisation of having lost its political sovereignty and said the EU could lose more than $400 billion (£27bn) due to its sanctions against Russia.

He said some global currencies were “committing suicide” in a reference to the unprecedented freezing of around $300 billion (£245bn) of Russia’s foreign currency reserves.

In response to the sanctions, he called on Russia’s enterprises to boost their domestic investment to help realise the country’s “gigantic potential”.

Russia is facing a looming recession which is set to be the country’s deepest contraction in at least two decades.

Meanwhile, the head of the UK’s armed forces said Russia has “strategically lost” the war in Ukraine and is a “more diminished power”.

And although Russia may achieve “tactical successes” in the coming weeks, he said any notion the war had been a success was “nonsense”.