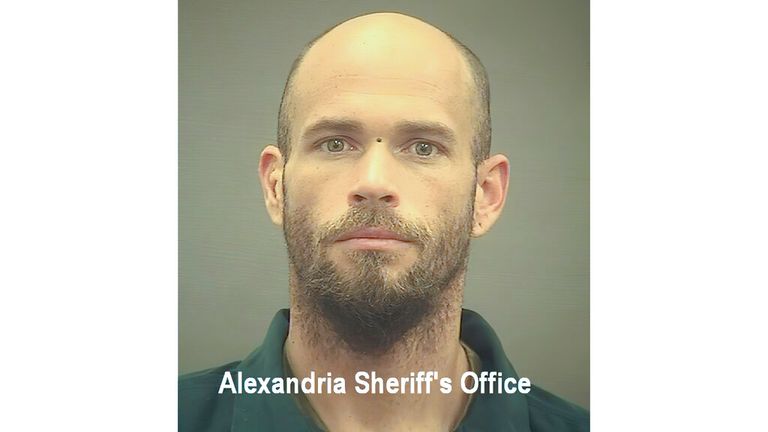 A man who describes himself as the ‘QAnon Shaman’ has pleaded guilty over his involvement in the US Capitol riot.

Jacob Chansley was among the first people to storm the building following Donald Trump’s rally in Washington DC on 6 January.

In a federal court in the city, he pleaded guilty to a charge of obstructing an official proceeding and faces between 41 and 51 months in prison, having already served eight.

The self-styled ‘shaman’ has asked to be released from jail before he is sentenced in November.

Images of him bare-chested, wearing a pair of horns, with his face painted in the colours of the American flag were shared across the globe following the riots.

He was captured shouting into a bullhorn, referring to then-vice president Mike Pence as a “traitor” as he ran inside the Capitol building.

Chansley, who was one of around 600 charged over the insurrection, wrote a note to Mr Pence saying: “It’s only a matter of time, justice is coming.”

Two months before the Capitol was breached, he had appeared in costume carrying a QAnon sign at another protest and had long been a fixture at Trump rallies.

But Chansley, of Phoenix, Arizona, now says he has rejected the QAnon movement completely, with his lawyer describing him as “horrendously smitten” with Mr Trump.

The lawyer claims that during his first month in jail he re-evaluated his life and expressed deep regret for having taken part in the riot.

He argues that the spear he was carrying was an “ornament” and that he was among the third wave of protesters to enter the Capitol building.

But US district judge Royce Lamberth did not appear convinced and said that Chansley “quite literally spearheaded” the rush into the building.

Judge Lamberth found the defendant to be mentally competent after he spent time being assessed at a facility in Colorado.

He will sentence him on 17 November.

Only one other person who has been found guilty of their part in the riots has received their punishment so far.

Paul Hodgkins, of Florida, was sentenced to eight months in prison after admitting the same charge.

Five people died as a result of the attack on the Capitol, which triggered an impeachment trial of Mr Trump.

Storm Ida: Before and after pictures show devastating impact of floods on New Jersey and Louisiana | World News

Guatemala Investigates Claim of Bribe Paid to Its President