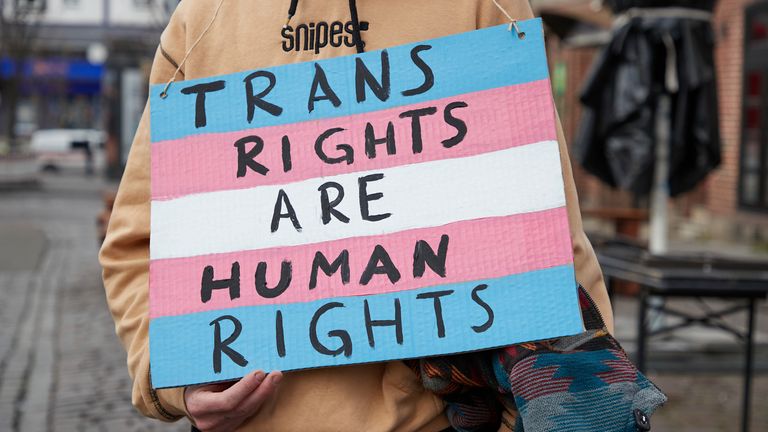 US citizens are now able to select a gender-neutral “X” on their passport.

Some 1.2 million and four million people in the US are estimated to be nonbinary and intersex respectively, according to the Williams Institute at the UCLA School of Law and interACT, an intersex advocacy group.

Many cannot get official identification that reflects this because of state laws – 14 states, for example, require proof of genital surgery to update the gender marker on a birth certificate.

In comments reported by NBC, US special diplomatic envoy for LGBTQ rights, Jessica Stern, said adding an X gender marker to US passports from Monday is “a momentous step”.

“The addition of a third gender marker propels the US forward toward ensuring that our administrative systems account for the diversity of gender identity, gender expression and sex characteristics among US citizens,” she said.

“The issuance of X gender markers on US passports does not create new definitions nor rights. This policy change recognises the true identity of the passport holder.”

The State Department said in June that US citizens could select their gender on applications without having to submit medical documentation.

In October, it issued the first American passport with an “X” gender marker, designed to give nonbinary, intersex and gender-nonconforming people an option other than male or female on their travel document.

The move was among a number announced last month by the Biden administration to support transgender Americans against a number of state laws targeting them.

Read more: Transgender youth fear for future as new laws sweep across US

On Friday, for example, Alabama’s Republican governor signed into law a bill that criminalises gender-affirming healthcare for transgender young people.

The bill makes it a felony punishable with up to 10 years in prison to provide medical care including hormone treatment, puberty blockers and surgery to help align physical characteristics to the gender identity of a minor.

In the UK, in December the Supreme Court rejected the idea of gender-neutral passports, saying “X” gender markers would undermine a legal system that is built on a clear male-female split.