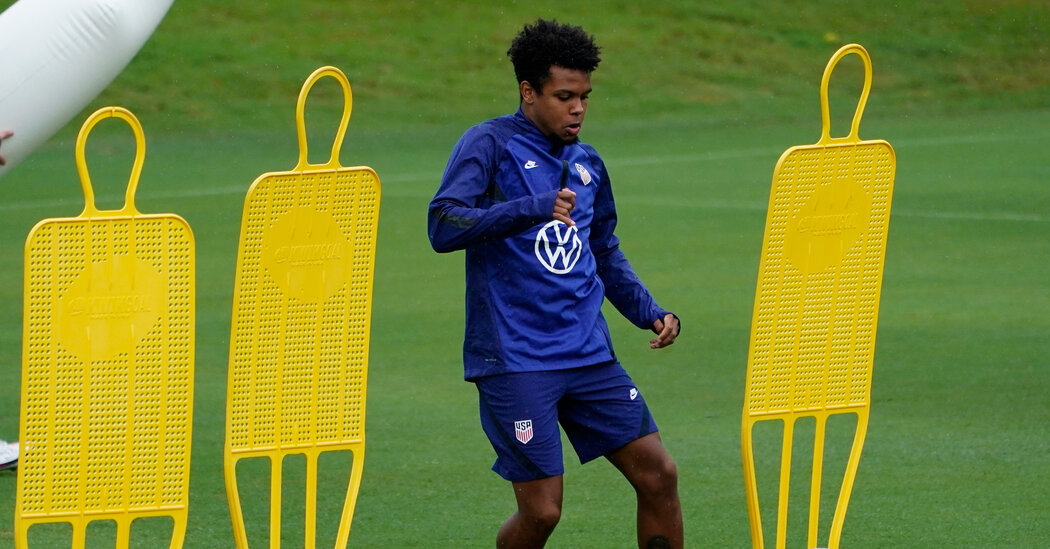 Christian Pulisic, still finding his way back to fitness after a positive coronavirus test and 10 days in isolation, had not traveled to El Salvador with his United States teammates on Wednesday, one day before they were to open the final round of qualifying for soccer’s 2022 World Cup. Pulisic would not play in Thursday’s game, the team announced, and neither would goalkeeper Zack Steffen, who was enduring a late-breaking case of back spasms. He had stayed back in Nashville, too, where the United States will return this weekend to face Canada.

“We feel like we have a deep team,” Coach Gregg Berhalter said. “Now’s the time to show it.”

It was the kind of clipped confidence that has become Berhalter’s signature throughout his coaching career. Losing two starters was not a crisis, but “an opportunity,” he said calmly. Berhalter talks a lot about opportunities. This summer’s Nations League had been an opportunity to prove his best players could go toe to toe with rival Mexico and win, which they did. The Gold Cup that followed had been an opportunity, too, for a different set of U.S. players. The Americans beat Mexico to win that one as well.

It’s a lot easier, Berhalter and his players have found, to talk about opportunities when you’re collecting trophies. For the bulk of the current United States team, though, the eight-team final round of qualifying that begins with three games over the next week is just that: an opportunity to show that a new generation of talents — the current roster’s average age is about 24 — can move away from past disappointments, can rely on new players, can write its own story.

“When Greg first came in to the national team, he put a plan in place that I don’t think any national team coach has been willing to take the risk of doing,” midfielder Tyler Adams said. “Basically changing the whole way that the system would work, inside and out, whether it was our tactics, the players that we wanted to have, what certain positions needed to do, the qualities that we needed to have, and basically how we could develop and get better leading up to this point, to our first qualifying game.”

He, and they, know there will be stumbles: bad fields, bad weather, bad referees, even bad results. They might come immediately, or they might come in a month or two, but they will probably come. In the last cycle, the United States failed to win a single road qualifier. Then it was the last game, not the first, that had been the biggest opportunity lost.

Any assessment of the state of the U.S. team at the start of this qualifying cycle’s final act has to start at the end of the last one: with that crushing loss at Trinidad and Tobago that led the team to miss the World Cup for the first time in a generation.

For weeks, Berhalter and his players have been asked about that night. Midfielder Kellyn Acosta’s memory is probably clearer than most — he had entered the match as a second-half substitute and was on the field when his team’s world went dark — but he has learned not to rehash it much in interviews. Midfielder Brendan Aaronson, who was only 16 at the time, struggled to remember if he had seen any of the game live. His teammate Weston McKennie was certain he had not. “I don’t really watch sports,” he said.

But the fact that most of the players couldn’t remember the match subtly spoke to something else, something probably more important to them and their coach today: They weren’t there. They weren’t part of it. And they certainly weren’t to blame for it.

“I don’t think the group now really sees it as a burden,” McKennie said of the shadow of 2017. “I think it’s more, we’re not really going to focus on what’s happened in the past. Obviously it’s going to be in the back of our heads somewhere, but that’s not going to be our main fuel, our main focus: trying to redeem what happened years ago.

“I think right now we’re just trying to create a legacy of our own.”

Several of the young stars who could start against El Salvador on Thursday — including Adams, McKennie, Gio Reyna, Josh Sargent and Sergiño Dest — did not make their national team debuts until after the Trinidad defeat. Berhalter wasn’t hired for more than a year after the loss. It was 2019 before he coached his first game.

Now, though, his team is humming. The summer tournament triumphs gave the players a taste of CONCACAF competition, and of the rough play and hot nights and dubious calls that have often marked World Cup qualifying in the region. And for the first time, the final round will open with three matches in a single window, a clutch of games that should, in theory, favor a Berhalter team that boasts of more depth than the likes of El Salvador, Canada and Honduras.

They all know every game matters. For years, the qualifying calculus has been a simple formula: Win your home games and then pick up points on the road. But the new breed is not interested, not really, in how things used to go.

“Our mentality is to win all the games we can,” McKennie said. “I don’t think we have a formula where, ‘Let’s win our home games and grab a couple points on the road.’ Our goal is to prove we’re the best in CONCACAF, and I think the only way to do that is to dominate it.”

Said Adams: “There’s no Plan B for us. There’s only been a Plan A, and that’s to qualify for the World Cup.”