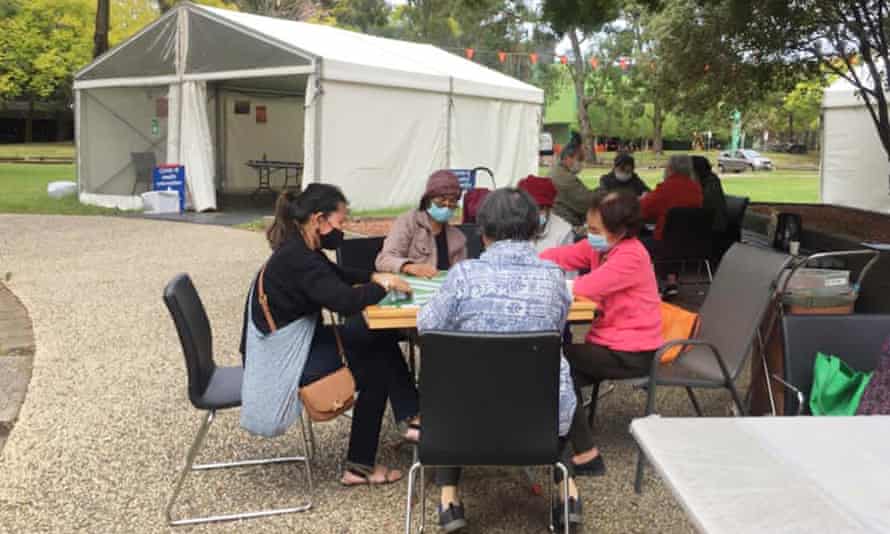 For the past four months, in the towering Richmond housing estate of Melbourne, community health workers have been hard at work, preparing locals for the arrival of the Covid-19 vaccine.

It’s a difficult but vital task. Many of the roughly 2,000 residents are vulnerable or elderly, use shared services and are densely packed into the estate’s five towers, creating a high-risk Covid-19 environment.

Trust in government, though, is low. Many of the residents are newly arrived refugees. Their experiences have often eroded faith in the state.

Slowly but surely, the North Richmond Community Health team has worked to foster engagement and trust.

So much so that by the time the federal government’s shipment of vaccines was due to be delivered to the team, in the week of 22 March, the residents were vaccine-ready.

Clinics were booked in, about 800 to 1,000 eligible clients were identified, and the team estimated it could administer at least 400 doses a week, serving both the tower residents and the general community as a registered provider through phase 1b of the rollout.

There was one problem. The vaccines that were promised by the federal government have not shown up.

The team had been told to expect roughly 100 doses per week from 22 March, a supply so low that it had already caused concern among staff.

The first shipment was only 80 doses.

That forced staff to suddenly cancel vaccination clinics on estate residents and others in the community, wasting weeks of planning.

Multiple calls to the commonwealth’s vaccine operations centre have yielded no clear answers on what is causing the delays or when the shipment can be expected.

“What I can’t understand is whether this is a supply issue or a logistics issue – that’s not something I’ve been able to unpack.”

Cordina said she understood the challenges involved in a rollout of this scale.

But she said the delays and cancellations threatened to erode the trust the team had built back up with residents.

“You are definitely at risk of community disengagement. Lack of faith and lack of trust in the process as well,” she said. “Obviously we’ve got a very at-risk and vulnerable immediate community that we want to keep engaged and we want to deliver to. For us, that’s a really important public health obligation that we have.”

Other public housing towers in the city, not those in Richmond, were locked down and surrounded by police in July last year, in a much-criticised effort to manage the spread of Covid-19, which has since been found to have breached residents’ human rights.

Following the outbreaks, the state government commissioned the high risk accommodation response program to prevent, prepare for and respond early to coronavirus infection in high-rise and low-rise public housing complexes.

The North Richmond Community Health senior project coordinator, Laura O’Shea, said the program had achieved remarkable results. The team has used community forums, games of mahjong, Tai Chi and Zumba sessions, and communications materials developed in-house to build engagement and trust, while informing residents of the dangers of Covid-19 and the importance of testing and vaccination.

“I would say, right now, we have got a truly engaged population who are absolutely ready to go to be vaccinated and we continue those conversations with community,” O’Shea said.

“Our frustration is that it’s a federal government rollout, and we would like to be given an awful lot more doses of vaccine per week. We are really well placed in terms of space, in terms of nursing and GP staff, to deliver this.

“We are just holding the community in our hands while we wait for the vaccines to arrive.”

The situation in north Richmond is yet another example of the consequences of the federal government’s patchy rollout.

Aged care facilities and general practitioners across the country have warned of similar delivery failures, which have forced cancellations and wasted staff costs.

Demand is, so far, greatly outstripping supply, and many clinics say they are already booked out for months in advance.

The government has urged for patience, saying its initial rollout plans have been compromised by uncertain international supply and vaccine protectionism.

But it has already missed numerous targets that it set itself. Initially, the government promised to have 4m vaccinations by the end of March. It conducted only a fraction of that, though revised its targets in the intervening period.

It also said it would have all of phase 1a – including 190,000 aged care residents – completed in roughly six weeks from 22 February.

More than five weeks in, it has vaccinated about 99,000 aged care residents.

The Queensland government says it is running extremely low on supplies of Pfizer and AstraZeneca vaccines, and says none of its aged care workforce has been vaccinated.

Only one-third of its aged care residents have been vaccinated, the state government says.

The federal government, through minister David Littleproud, has savaged the states for doing “bugger all” in their role of administering vaccinations to frontline health workers.

That prompted fury from the New South Wales health minister, Brad Hazzard, and the Queensland deputy premier, Steven Miles. The latter suggested Littleproud give himself an uppercut.

As the politics escalates, those on the ground just want to get to work.

The NRCH board issued a statement saying it is “disappointed” with the delays and wants the federal and state governments to consider a state-funded vaccine program to give greater flexibility to deliver vaccines via outreach clinics.

“This would provide vaccinations to high risk and vulnerable clients who may have barriers to accessing the established vaccination hubs or GP clinics,” the board said. “The current Medicare-funded model is limiting, and does not met the needs of most vulnerable communities.”

Cordina said the past two weeks had been extremely difficult, as the clinic was inundated with calls from the broader community.

“Just fielding the general frustration from community when your practice is announced on a national website as being a provider of the vaccine, raising that expectation, fielding an intense number of phone calls administratively, only to tell people we can’t help them,” Cordina said.