When a Small Bat Slaps a Big Bat, Who Is the Bully? 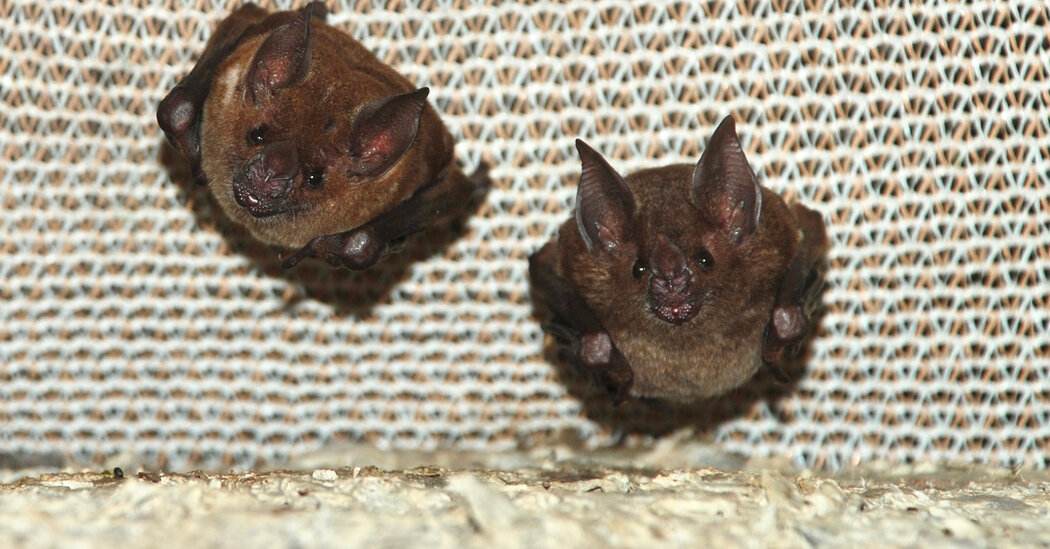 One morning in the Panamanian rainforest, a small fruit bat sized up his competition. The odds did not appear to be in his favor.

The winged mammal, a Seba’s short-tailed bat, weighed about half an ounce. But his six opponents, fringe-lipped bats, were twice as heavy and occupying the shrouded corner where the small bat wanted to roost. Even worse, the larger bats are known to feast on small animals, such as frogs, katydids and smaller bats — including Seba’s short-tailed bats.

None of this fazed the Seba’s short-tailed bat, which proceeded to scream, shake his wings and hurl his body at the posse of bigger bats, slapping one in the face more than 50 times.

“I’ve never seen anything like it,” said Ahana Aurora Fernandez, a behavioral biologist at the Natural History Museum, Berlin, who viewed a recording of the bats but was not involved in the research that produced it. “It’s one bat against six,” Dr. Fernandez said. “He shows no fear at all.”

The tiny bat’s belligerence paid off as the big bats fled. The corner clear, the Seba’s short-tailed bat moved in, joined a minute later by his female companion, who had nonchalantly watched the fight from nearby.

This fun-size brawl and two similar bat bullying incidents in other roosts were observed by Mariana Muñoz-Romo, a biologist at the Smithsonian Tropical Research Institute, and her colleagues, who had been monitoring the sexual preferences of the larger fringe-lipped bats. In a paper published in March in the journal Behaviour, they asked how often tiny bats antagonize bigger ones. When it comes with a risk of being eaten, why pick a fight?

The researchers originally set out to study fringe-lipped bats, who were recently discovered to smear a sticky, fragrant substance on their arms, potentially to attract mates. The animals also have impressive appetites, and have been observed eating sizable frogs.

“Sometimes they take a nap with the frog hanging out of their mouth and then they’ll wake up and keep on eating,” said Rachel Page, a staff scientist at the Smithsonian Tropical Research Institute and an author of the paper.

Seba’s short-tailed bats are common in Central and South America. The puny size of males doesn’t stop them from being aggressive. Maria Sagot, a behavioral ecologist at SUNY Oswego, said the bats prefer to roost in protected craters in the ceilings of tropical caves. “Groups usually live in those holes,” said Dr. Sagot, who was not involved in the new study. “They usually fight to get a good position in those holes.” The males also fight to defend their harem of female mates from other males, she added.

Male Seba’s short-tailed bats have a repertoire of escalating maneuvers along their wings. First, they vocalize or shake them, attempting to intimidate others from a distance. They then slap other bats’ faces with their wingtips, flinging their bodies and biting — the same tactics the Seba’s short-tailed bat used against his fringe-lipped opponents. The authors hypothesize this innate aggression may have led the little bat to attack his larger neighbors to defend his female companion.

Another question concerns the prize of the bat fight: A corner in the square concrete roost where the researchers were studying them. “You have four corners inside,” Dr. Muñoz-Romo said. “Why that corner if you have three others inside?”

Perhaps the microclimate of the coveted corner made it draftier or darker or more protected, the researchers hypothesize. “We speculate a lot about what makes a roost attractive to bats,” Dr. Fernandez said, adding that they often don’t accept artificial roosts.

The authors’ last hypothesis speculates that the Seba’s short-tailed bat may have launched a pre-emptive strike. “Maybe these guys were just being so feisty to be like, ‘Don’t even pick on us. We are not going to be easy prey for you,’” Dr. Page said.

The researchers hope to understand if many Seba’s short-tailed bats pick these fights or if there are just a few aggressive males, Dr. Page said.

Even though the video makes the Seba’s short-tailed bat out to be “absolutely annoying” and the fringe-lipped bats “super peaceful,” Dr. Muñoz-Romo speculated that prior unseen dynamics could give the smaller aggressor a reason for his rage. Perhaps Seba’s short-tailed bats roosted in the corner first, before the larger fringe-lipped bats took over.

“Who is the one who arrives first?” she asked. “Who is displacing whom?”

The Seba’s short-tailed bat was not in imminent danger of being devoured thanks to the excellent timing of his crusade: It was 10 a.m., and the predatory bats had returned from a night of feasting, although he may not have known that.

“Imagine that you have to eat a large size pizza after you already ate everything for hours,” Dr. Muñoz-Romo said.

Saved by the full tummies of his nemeses, the itty-bitty bat groomed himself and promptly dozed off, resting his wings for when he would need to slap again.