Why Is Haiti Poor? Years of Outside Exploitation 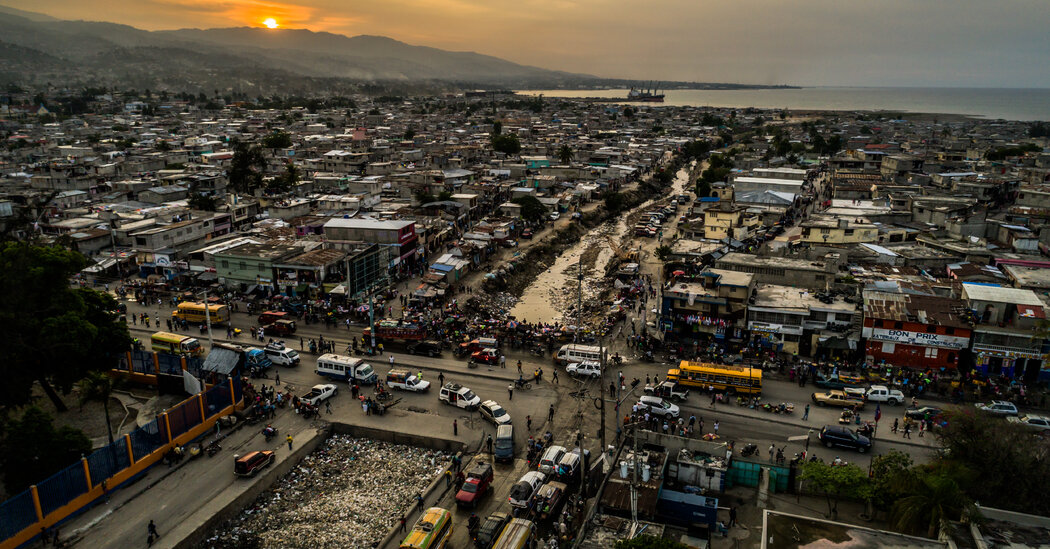 Haiti has been thwarted by outside interests from its very beginning.

For decades, European powers, and later the United States, refused to recognize it as an independent republic.

The Caribbean nation became the world’s first Black-led republic when it declared its independence from France on New Year’s Day 1804. That day, Saint-Domingue, once France’s richest colony, known as the “Pearl of the Antilles,” became Haiti.

It was a land long coveted for its riches of sugar, coffee and cotton, brought to market by enslaved people. Its declaration of independence meant that, for the first time, a brutally enslaved people had wrenched their freedom from colonial masters. But it came only after decades of bloody war.

In 1825, more than two decades after independence, the king of France, Charles X, sent warships to the capital, Port-au-Prince, and forced Haiti to compensate former French colonists for their lost property.

Haiti, unable to pay the hefty sum, was forced into a debt that it had to shoulder for nearly a century. Throughout the 19th century, a period marked by political and economic instability, the country invested little in its infrastructure or education.

In 1915, U.S. troops invaded after a mob killed the Haitian president.

The United States later justified its occupation as an attempt to restore order and prevent what it said was a looming invasion by French or German forces. But U.S. troops reintroduced forced labor on road-construction projects and were later accused of extrajudicial killings.

The widely unpopular occupation ended in 1934, but U.S. control over Haiti’s finances lasted until 1947.

After a series of midcentury coups, the Duvalier family, father-and-son dictators, reigned over Haiti with brute force until the 1980s. Their regime plunged Haiti deeper into debt, and introduced the so-called Tontons Macoutes, an infamous secret police force that terrorized the country.

In the early 1990s, Jean-Bertrand Aristide, a former Roman Catholic priest, was elected president. He was then ousted twice from power over the next 15 years.

Mr. Aristide preached liberation theology, and threatened the establishment by promising economic reforms. After a first coup, he was restored to power. But he left the presidency for good after a second coup in 2004, which was supported by the United States and France. He was exiled to the Central African Republic and, later, to South Africa.

Haiti, with a population of 11 million, is considered the poorest country in the Western Hemisphere.

In 2010, it suffered a devastating earthquake that claimed the lives of about 300,000 people. The country never really recovered, and it has remained mired in economic underdevelopment and insecurity. A cholera outbreak in 2016, linked to U.N. peacekeepers, killed at least 10,000 Haitians and sickened another 800,000.

Then early Wednesday, Jovenel Moïse, who became president in 2017, was assassinated at his residence.