Woman comes home to find stranger sleeping in her bedroom 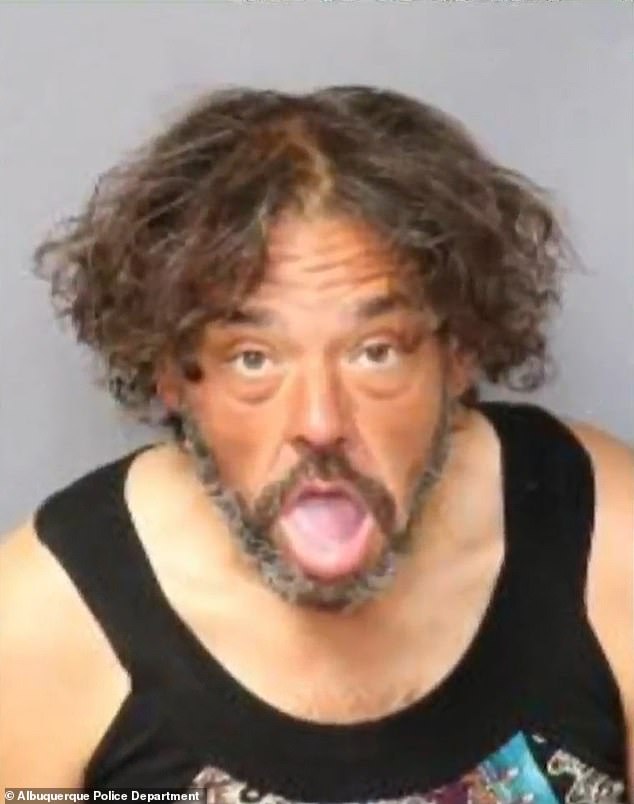 The home invasion took place in Albuquerque back in January, but the local police department released footage documenting the incident only this week.

Police responded to a residence off of I-25 in southeast Albuquerque just before 1am on January 12 after received a report about a burglary in progress.

Martin Copeland, 48, has been charged with breaking and entering in New Mexico after being caught sleeping in a homeowner’s bed 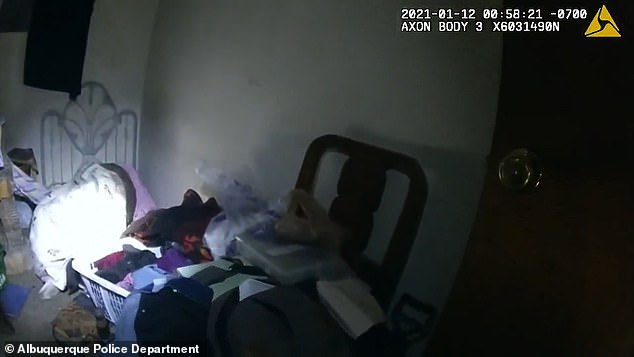 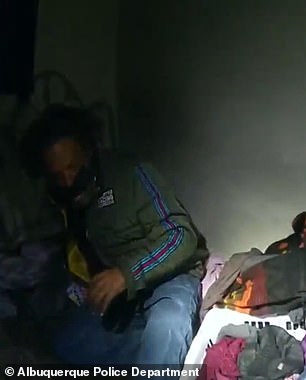 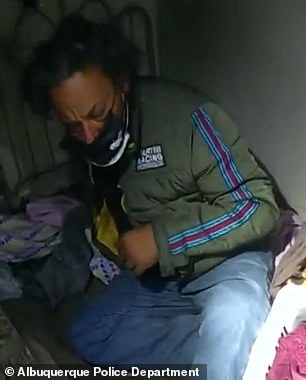 Video shows a police officer waking Copeland up from his slumber. The 48-year-old, seen wearing a mask, appears disoriented

The homeowner said she had returned to the house to find a stranger in her bedroom, reported KRQE.

‘Hey, police, get up!’ an officer yells at the unwelcome guest. ‘Let me see your hands.’

Video shows a groggy-looking Copeland in a face mask sitting on the homeowner’s bed, before he is escorted out of the house and ordered to sit on the curb. 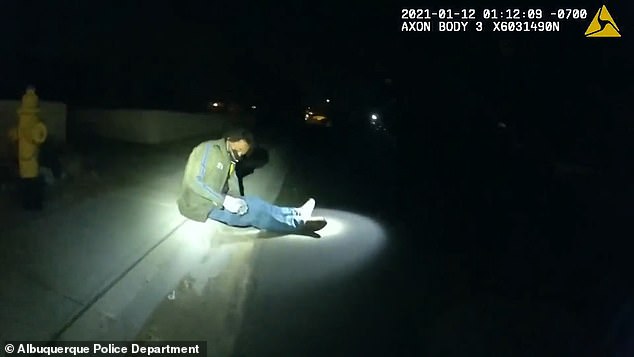 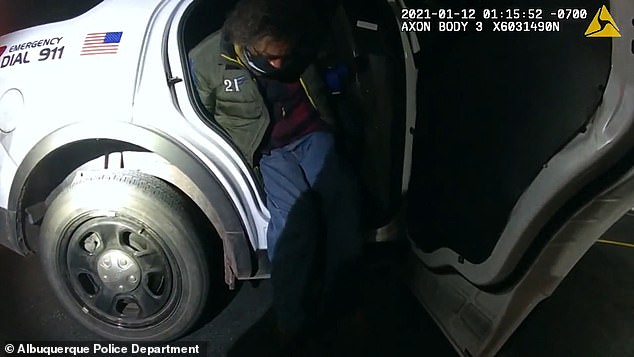 Just a few months prior, Copeland was accused of bursting into another person’s home and falling asleep in her bed

Copeland was said to have a difficult time communicating with the police, but at one point he falsely claimed that he lived at the home.

Out on the sidewalk, the officer asks the homeowner if she wants to press charges against Copeland.

After a long pause, the woman opts to hold the intruder accountable, leading to his arrest on a count of breaking and entering.

He was later booked into the city jail and photographed for a mugshot, which shows him with a blank stare and his mouth agape.

According to police, just months prior he was arrested for breaking intro another woman’s home and falling asleep in her bed.

Copeland has been given a mental health evaluation that found him competent to stand trial.